Note amongst the reams of paper and thousands of words outlining all the things that we are ridiculously not allowed to do (manifesting total abrogation of human rights, right there) there’s never any encouragement for us to get back to the government with our thoughts, opinions, ideas.

We are required, tacitly, to not interact but to be merely quiescent and humbly obedient.

Fortunately for them to date that’s exactly what we’ve been. distressingly so. We have failed from the beginning to inform our supposed representatives of what we want.

And now we are at this stage. This ludicrous stage of a whole nation falling on its sword, committing suicide, in panic, fleeing from a phantom.

Covid is no worse than a seasonal flu.

It is best dealt with by taking especial care of the susceptible and letting it run through the young and healthy population.

And encouraging the population to get out into the open air and the sun where the UV rays can kill the virus and the sun can create Vitamin D in our bodies to promote the immune system.

Like all corona virus it thrives best in the cold and dark and wet and thus re-occurs every winter.

The Australian summer is the time to kill it. By enjoying freedom, health, light, exercise, camaraderie…all the opposites to what these criminally murderous overlords are demanding.

Have I got this right? They’re telling us we can’t go bush? I can’t just get up and go bush?

I’d say that’s about the quickest way to create a bushranger.

How insane are they really?

You can’t go bush? In Australia?

Then what’s the point of being in Australia?

I just moved this post from my facebook page to here and it got a bit screwed up on the way – in the links and descriptions bit.

I think we’ve gone insane. Or were we always insane?

I think we should print out little waybills or posters or whatever you call them and slap them on walls and lamp-posts:

One to educate the people:

. covid is not as bad as the flu – for you. But the lockdowns are very bad for you.

. covid is bad for the sick and/or elderly so concentrate of looking after them. The govt. is not doing it.

. Sunlight and exercise and Vit. D are the best thing especially for the elderly and sick.

and one to educate the pollies:

. You’ll be out of a job next election or sooner if you don’t stop this nonsense now.

Here’s the facts:the WHO lockdown video:(what part of this graph isn’t clear)https://www.youtube.com/watch?v=knBC0KPcTPw

no lie too big for the presshttps://www.youtube.com/watch?v=JKBk_Se-I8E

Lockdown sceptic Ivor Cummins: Coronavirus deaths are ‘lower than what is being put out’

“There’s No Justification for Another Lockdown” – Ivor Cummins triggernometry

‘lockdown’ they say and it’s accepted. It’s just a word. Goes down quite easy.

That’s just a thing you do at times of emergency. Oh, O.K. We’ll accept that then.

But it is not.

That’s a lie. That’s a Trojan Horse. Inside that Trojan Horse is a troop of demons set to deprive you of your liberty and rights.

You see ‘lockdown’ is what you do in Prisons. Not in ordinary life. In Prisons primarily.

Ah… begin to see the light? The parallel is there isn’t it?

there’s no prisoners in a prison without a prior lengthy procedure of discussion and argument and debate and counter debate, careful consideration.

Our system is very proud of that. A system of Criminal Law built up step by step since the most ancient days.Just the very prisons themselves are evidence of the results of a careful long procedure and discussion, debate, argument over whether they should be or shouldn’t be and how they should be if they are to be…. etc.Both together, the prisons and the prisoners in them manifest the result of a long careful procedure.

On the top of that, at the end of that, lockdowns happen.Which in a prison context means: “go back to your normal state”, essentially. It means ‘removal of privileges’.

A ‘lockdown’ means you revert to be a convicted criminal and the conditions now imposed upon you are justified and legal because of what you’ve been found to have done and the punishment that has been decided upon by the society as represented by the courts.

It is perfectly legal to say to a prisoner ‘stay in those conditions’ because he was condemned to them.

But we were never condemned as criminals to be robbed of freedom of movement, to be denied our own country etc. etc..

‘Lockdown’ has validity in a prison context, exercised on convicts.To use it in the wider social context is to impute that we are all criminals and have been found guilty and henceforth what we took as natural rights are ‘privileges’ only.

That’s the Trojan horse bit. You think you’re just being nice and helpful and staying home.But you’re not just doing that. You’re accepting your status as a criminal with abrogated civil rights.

You’ve had fewer rights than a common thief has. When were you ever asked for your side of the story?

This is banditry on a large scale. On an awe-inspiring scale. The reaction has been virtually nil and I think that’s why, the enormity of the crime has everyone staggered, utterly staggered.

The ordinary people of course know nothing. They think they’re being helpful and good.

But criminal lawyers and students of many aspects of human behaviour, politics, policies and civilizations generally know differently.

They simply have no right to impose.They can ask and we can do if we wish.

But until we work it out together as in a court of law with all of us represented that’s it, that’s as far as it goes. Isn’t it?

It is beginning. The shock is wearing off. There’s some guys in Germany about to mount a class action.

Finally found something to say. I’ve been saying things about the Covid madness because you have to, don’t you? Even if no one ever sees it you simply have to go on record with your observations, protestations etc.

So I’ve been doing that on my facebook page and it has severely messed it up. It is supposed to be a page I like – ‘my’ facebook page for me. Put things on it that I like.

And visitors especially friends and family can come and see if they like, somewhat like dropping in at home. To a room I’m happy to put before them.

But now it has mutated into a screaming sort of poster site or something, propaganda outlet, arguing, remonstrating, protesting….

Altogether too noisy and busy for what I want my facebook page to be.

So I’ll move all that stuff over here instead.

Sounds perhaps a bit back to front. This being my page on my domain this is more purely me, mine. If facebook goes down or I get totally sick of it then I’d be back here – this is the fallback place.

This is the more purely ‘me’, more realistically ‘my home’. So perhaps I should keep all that transient current affairs and (it’s even) ‘psychodrama’ out of here, keep it over there in that shambles arena of every man and his dogs opinions and pet loves/hates/obsessions: facebook.

But I’ve thought to do this now so I’ll do it. Maybe reverse it later.

Might even go incognito again, ‘pen name’ sort of thing. I always used to do that but one day I thought the seriousness of the situation is such that we all should stand up and be counted. Reveal ourselves.

So I did that. Messed up my facebook page. The thing is when you mess up your facebook page like that you mess up the pages of anyone who gets your posts, don’t you? That’s the biggest problem, I guess.

Doing it this way no one gets things dropped on their desk they didn’t ask far. I mean you ‘ask’ for facebook don’t you, by subscribing to someone, but you can see what I mean, you ‘ask’ for normal pleasant exchanges with your friends.

Not esoteric tirades concerning their obsessions that you may have no concern for.

thought I should post something but I’ve nothing to say. this blog goes out under my own name. with public access. i am not a professional writer. not a journalist. nothing of the sort. no message to give. so what to write?

don’t know. what’s the thing even here for? don’t know.

that’s all i’ve got to say right now.

Trip on the river… 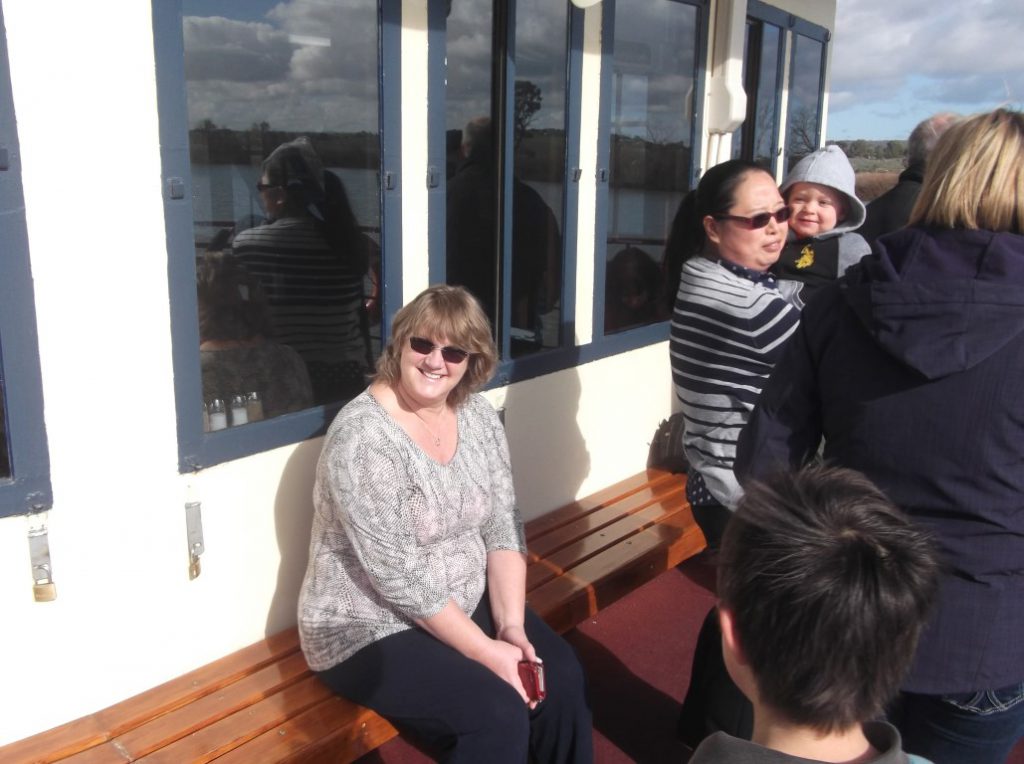 On the upper deck of the good ship whatever it was. 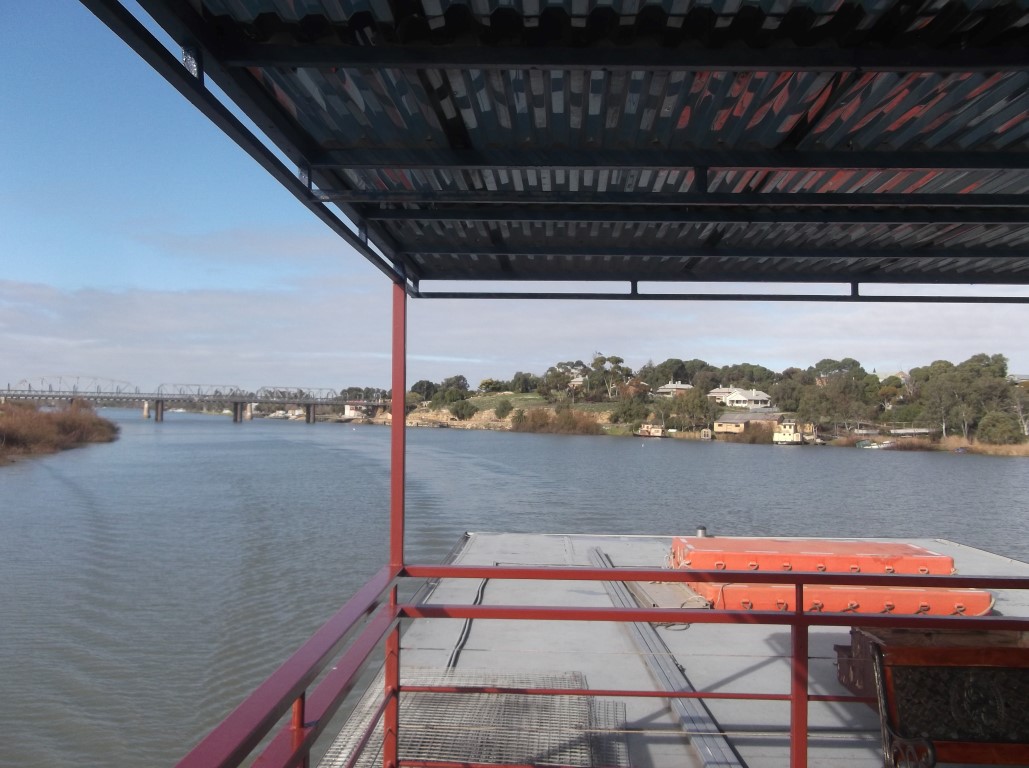 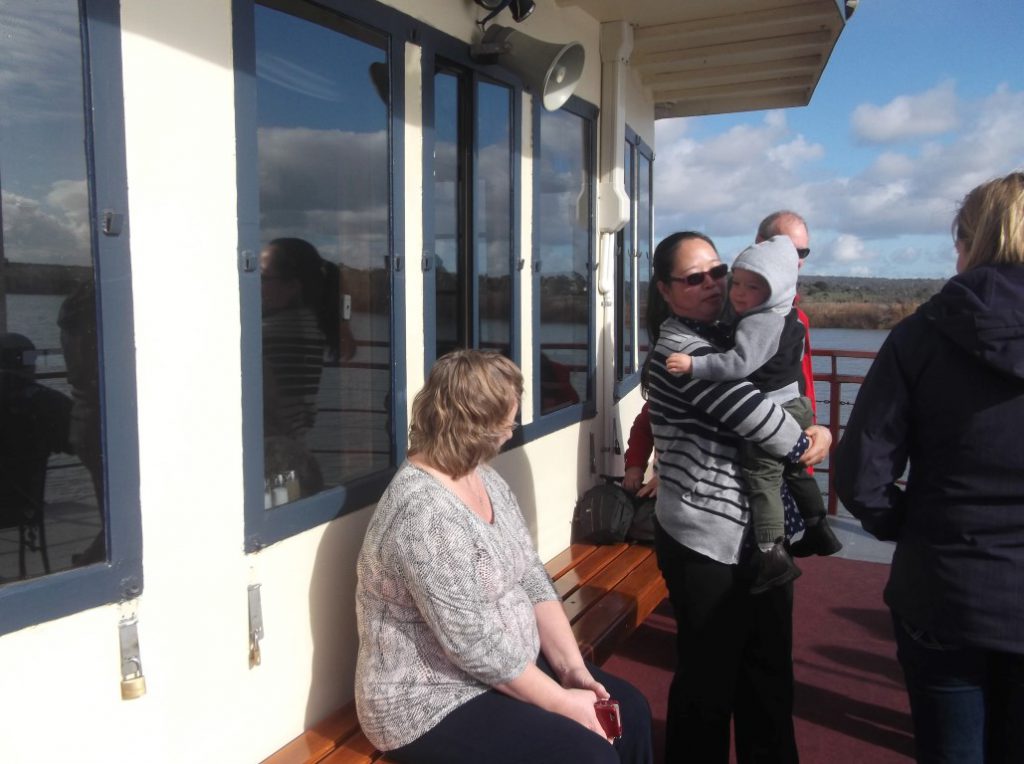 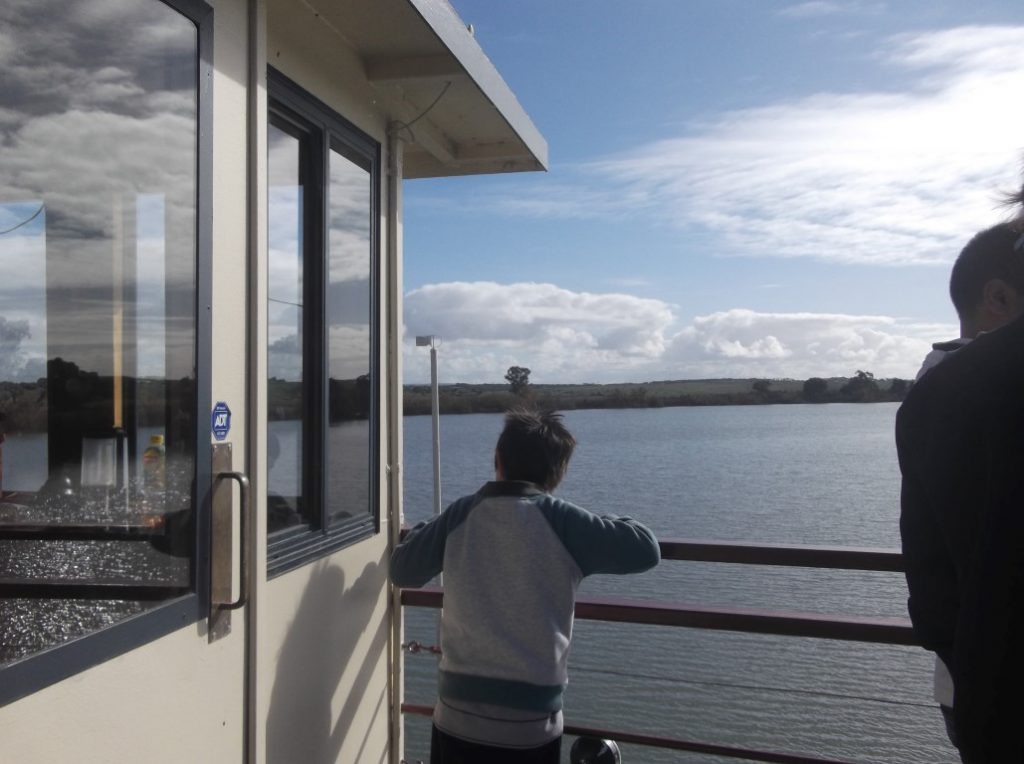 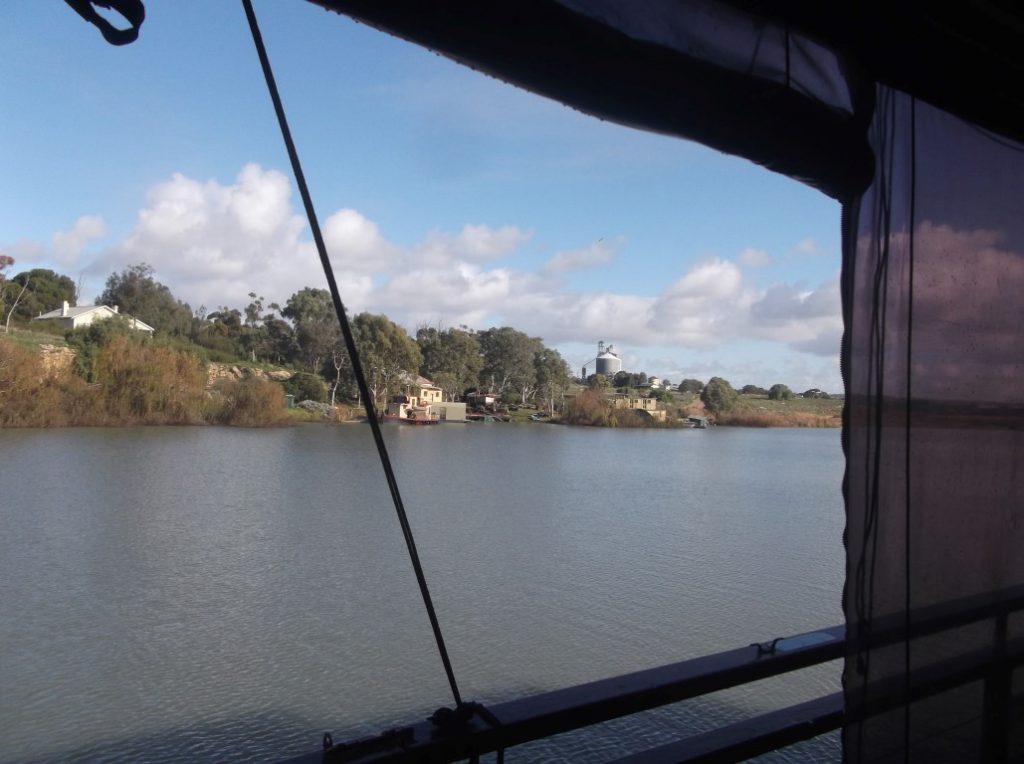 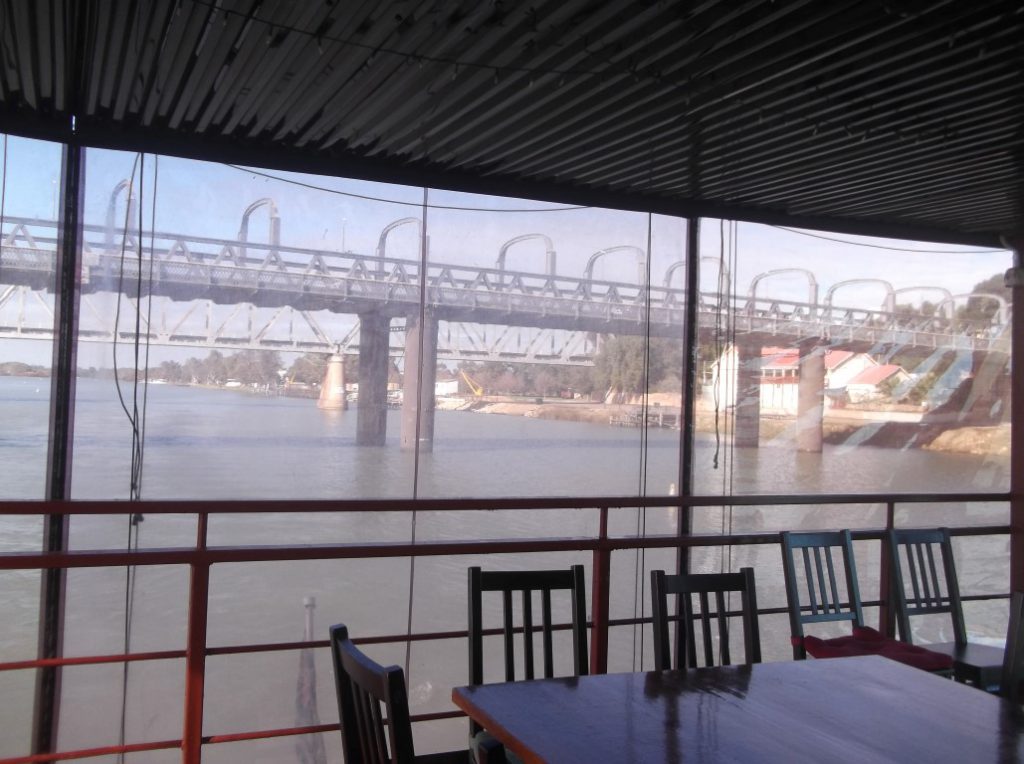 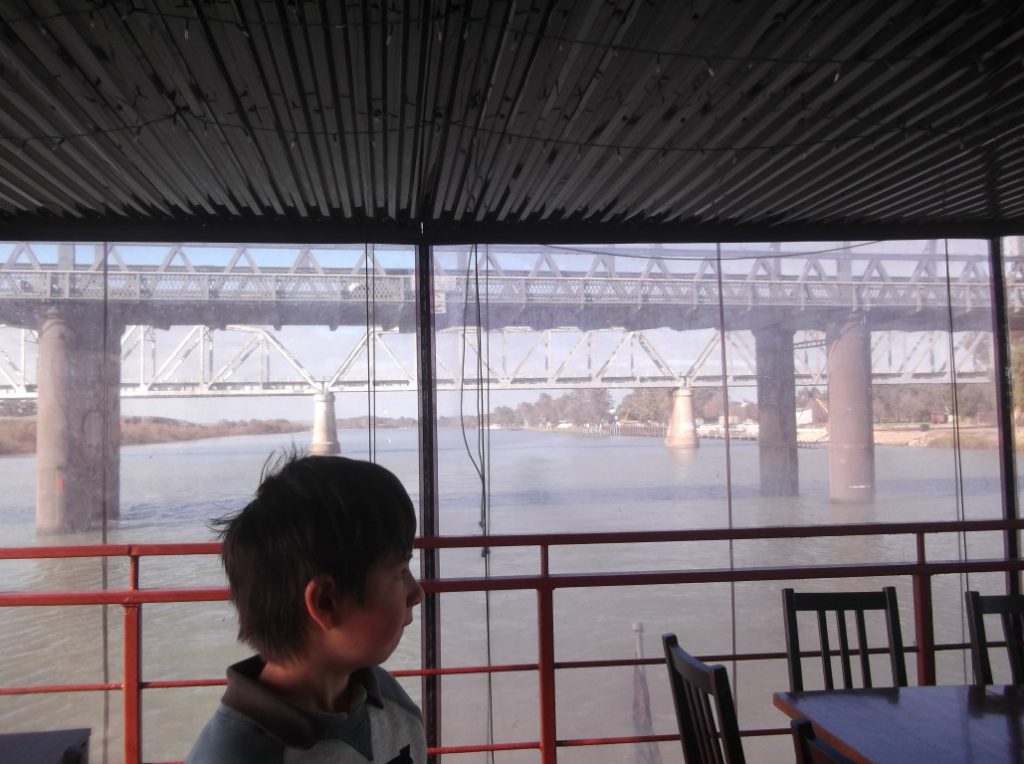 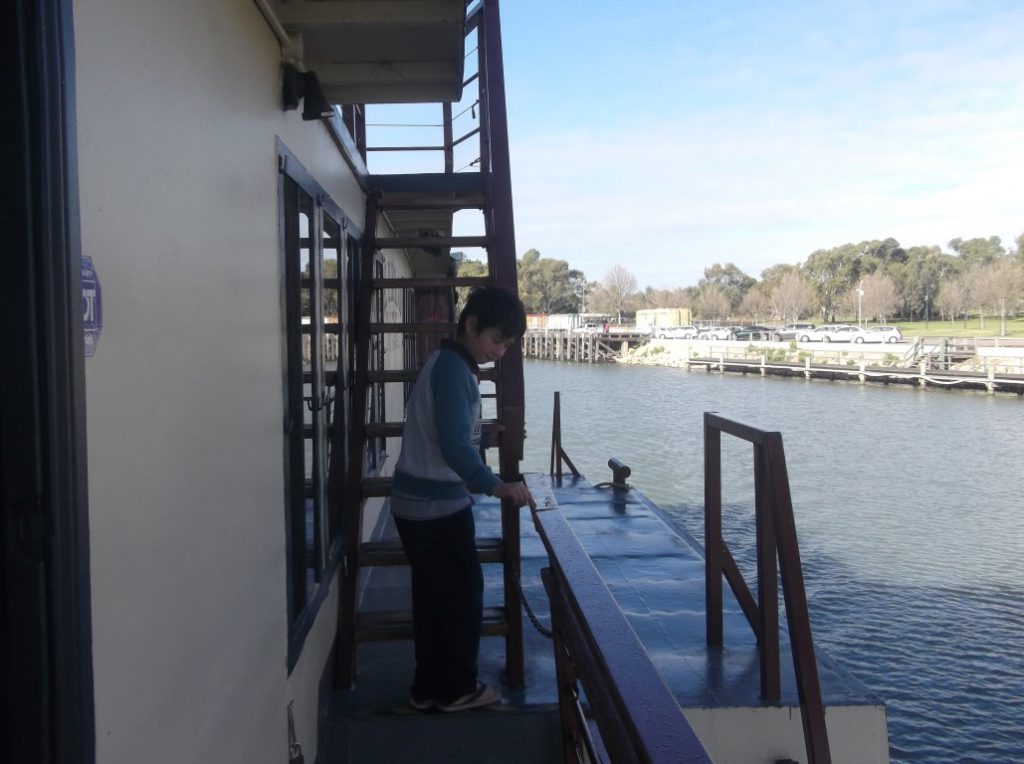 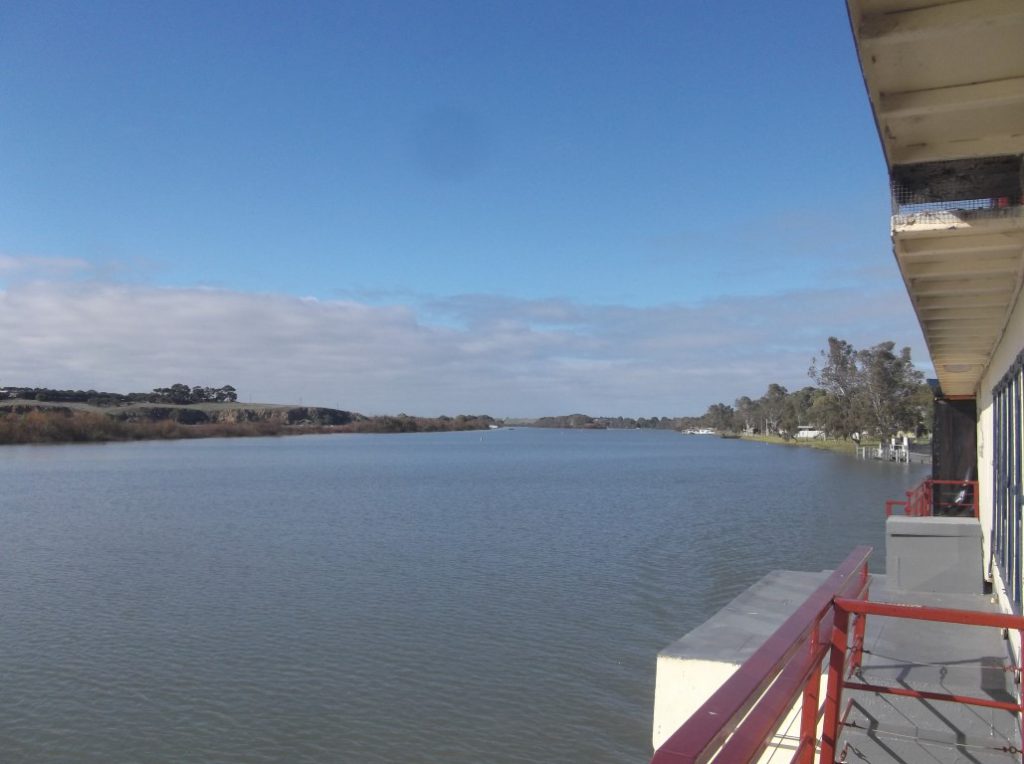 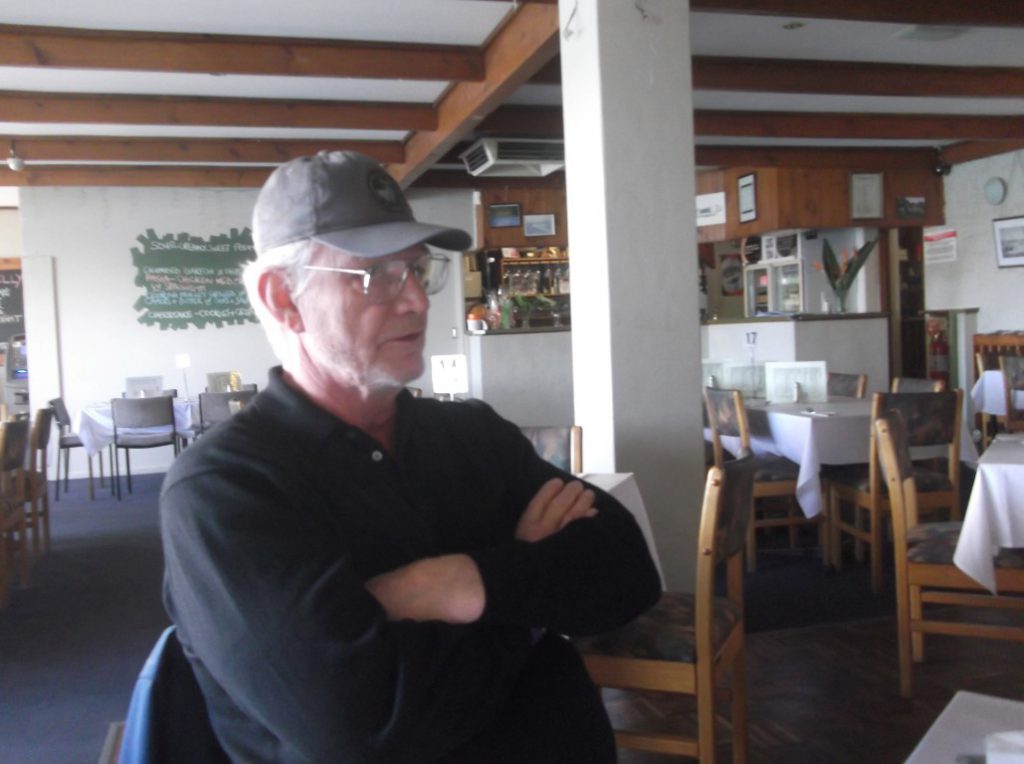 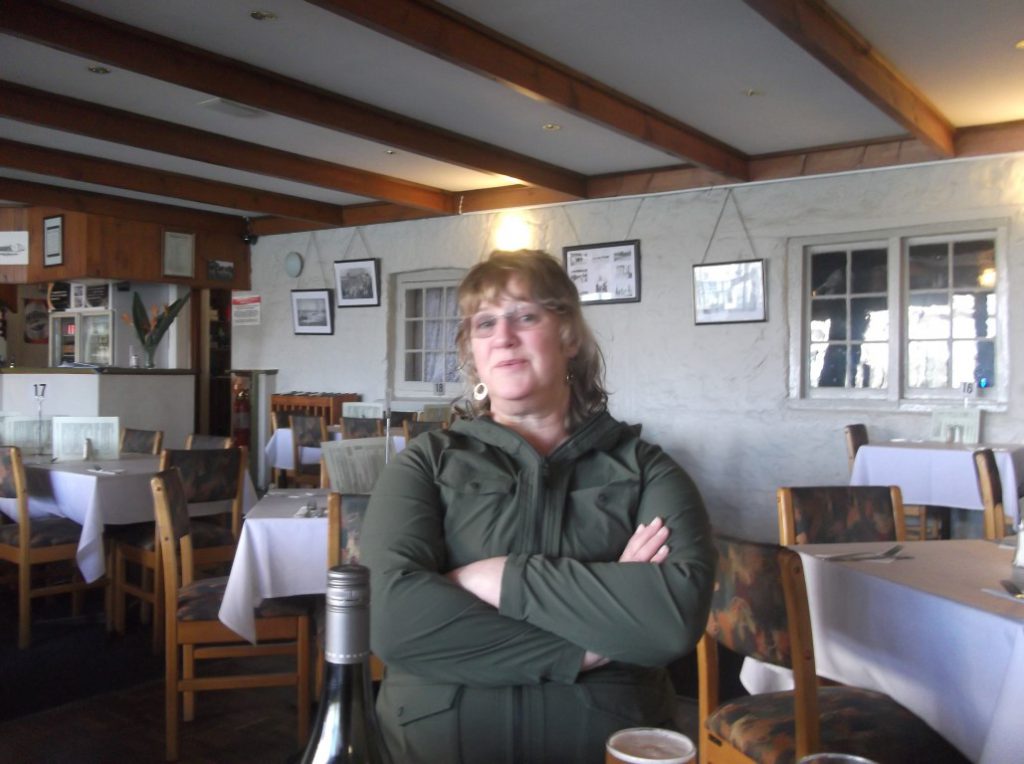 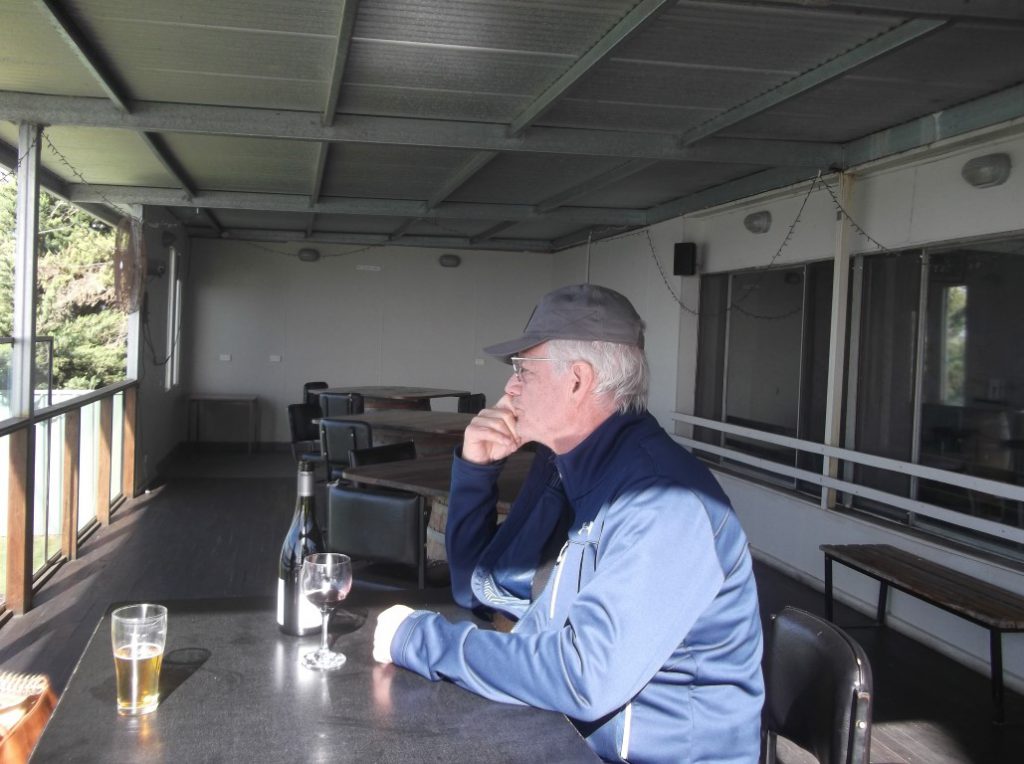 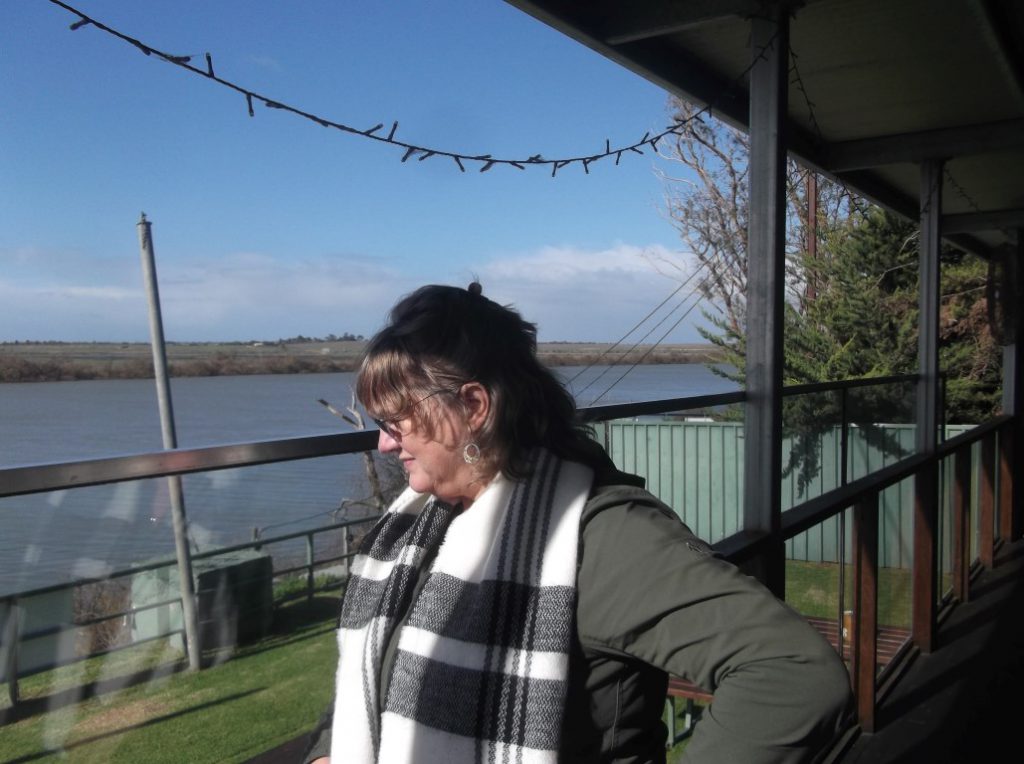 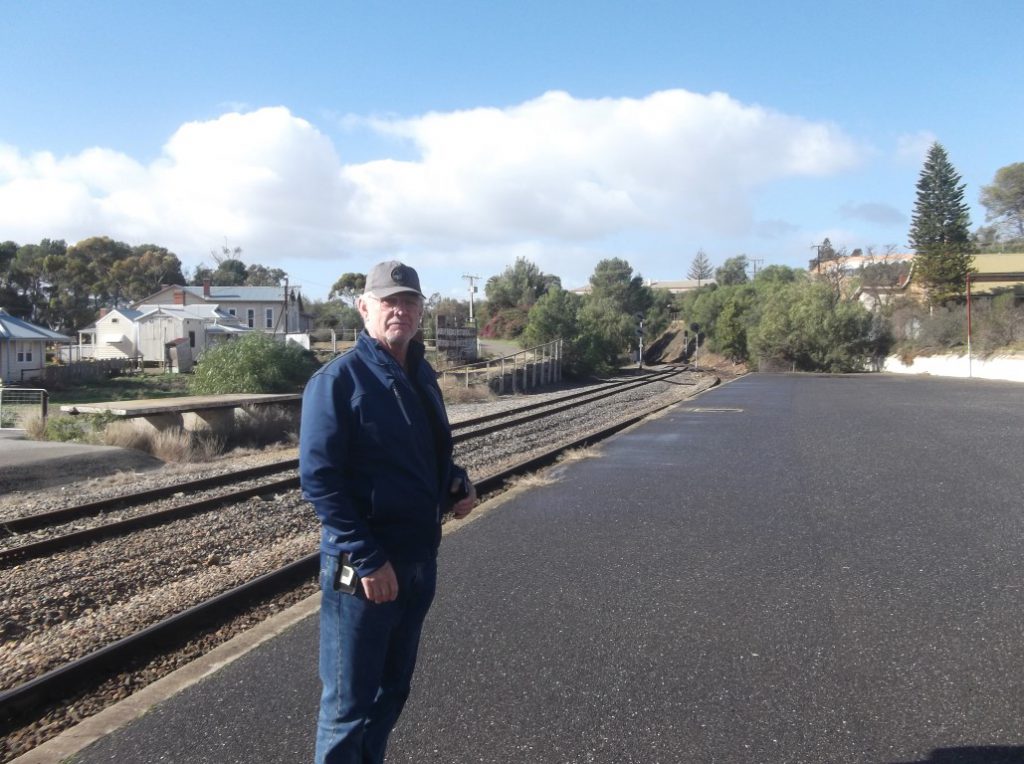 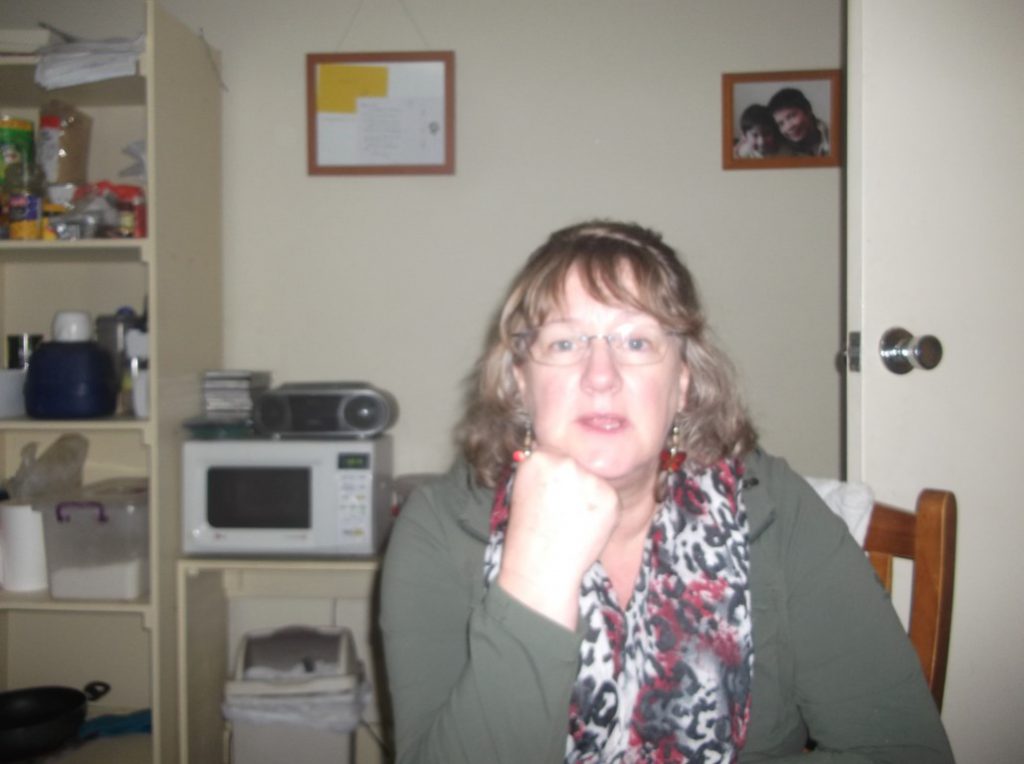